At this time of year, there’s a lot of discussion about what you what to be for Halloween. When you enter most department stores, there are isles of costumes for every imaginable character, but my favorites are the homemade costumes conceived by a clever individual.

I want to be a superhero and not just for Halloween, but every day of the year. I know they’re fictional characters with super human powers, but that’s what I need. It takes a wonder woman to be a successful wife, mother, caregiver and have a professional career at the same time. I want to be friendly and helpful to all those around me. Having a perfect figure with a tiny waistline would be another wanted image when I look in the mirror.

Being a ninja who excels in a particular skill or activity with flawless strength and coordination would come in handy. My trip and fall accident in July proves I’m no ninja, but rather a silly clown who feels clumsy and not too bright. 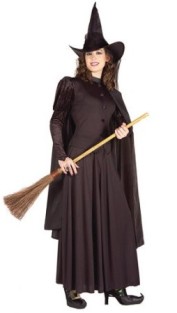 My reality is that I often come up short in what I’d like to be or want to accomplish. This brings overwhelming feelings, which too often lead to actions and/or behaviors more like a witch. Sometimes the inadequate feelings nearly paralyze me to the point that I can’t decide what’s most important or the best direction to fly.

Yes, there are monsters inside me and they are discouragement and depression. Sometimes my mind dwells on life’s unfilled expectations and what I’m unable to accomplish. And then the ghosts of past memories or future worries come to haunt me, which sink my spirit into despair.

Sometimes I’m like a vampire – not just because I have to draw Mark’s blood every two weeks for testing, but because I can’t go to bed at night. I know my body needs rest, but I lack discipline and think I have too much to do and deprive myself of sleep. This brings out the zombie in me the next day, which should only be found in the horror and fantasy genre—not real life.

What I appreciate about real life is I don’t have to wait until next year to change my character. Every day is a fresh start. I have the choice to get out of the character I don’t really want to be and strive to become the desired ninja or wonder woman. I’ve heard it said you are what you repeatedly do. As long as we’re breathing, I don’t believe we’ve run out of times to get back on track, so I can at least do that. Realizing that I’ll never become those fictional characters with needed super human powers is a good reminder to be more understanding of others around me who are also facing challenges, which may be bringing out their less desirable character. I imagine we all have “set backs” which don’t bring out the best in us. However, that doesn’t mean we can’t “come back.”

Please forgive me if I act like a witch, clown, monster, ghost, vampire or zombie from time to time. I’m really striving to be a good daughter, sister, wife, mother, neighbor, friend and employee by showing and giving care to those around me. Yes, I keep falling short because I don’t have the super human powers I need to accomplish all I want to do, but I can repeatedly get back on track.

Although Halloween isn’t my favorite holiday, I sure can relate to some of the character costumes which I see this time of year. What are you planning to be? A ninja or wonder woman is at the top of my list.