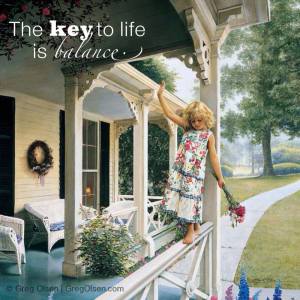 As a child it was fun to test limits and practice balancing skills. Somewhere along the path of growing up (possibly after many falls) I lost that desire.

I never mastered skateboarding or rollerblading, however I did try both with my children. I didn’t practice enough and didn’t have the balance needed. I was afraid of falling and the possible cuts, bruises, breaks and pain that might come with it. I didn’t receive enough encouragement from others to keep me interested in practicing so I gave up. I regret that I didn’t have the skills and I wish my desire to succeed in these activities had overpowered my fears because I’m sure I missed out on some good times with my kids. It’s a fine line to know when we’re being wise or over cautious.

I’ve been thinking about Evey’s Story, part 2. Cally said, “There’s a fine line of balancing expectations with optimism and being realistic without being pessimistic.” I’ll bet every caregiver can relate to this statement. In my experience, often when I’m optimistic, others believe I’m not being realistic so they go over all the negative possibilities again and again. I choose to be optimistic because otherwise I become overwhelmed by the chances of a negative outcome and loose hope for improvement.

I’m sensitive to the words reality or realistic because I believe they are only applicable to a person’s experience. It raises the hair on my arms when I hear statements like, “You’re not being realistic.” or “You’re not facing reality.” It makes me want to shout back, “Whose reality, yours? I prefer to make my own!”

The definition of reality is “the state of things as they actually exist.” So the fine line comes in recognizing the state of things as they are, but not letting that control or overcome our hope for improvement. When I tried to skateboard or rollerblade, the reality was I didn’t have the balance skill, so I gave up. If I had been optimistic that with practice I could learn and gain the balance skill, my reality would have changed.

A great tip from Cally, “If there’s one lesson I have learned as a caregiver it is to expect the unexpected.” It’s true-to-life that when you expect something to go a certain way you’re often surprised by the unexpected. Sometimes it’s a good surprise and other times it’s not. Researching conditions and options helps prepare us for what might happen and gives us alternatives when needed. Again, the fine line is to keep faith in the best scenario while being prepared for the worst.

Cally also stated, “As I watch other caregivers who are further along in their journey, I always admire the grace they exude when navigating their own specific journey.” This statement emphasizes my goal with Uniting Caregivers. We give strength to one another through our words and deeds. Who would be better to help us on this trek than another caregiver?

In closing Cally said, “We are slowly learning, as caregivers, how to manage expectations and how to continue to be Evey’s biggest cheerleaders for her triumphs. We hope as time goes on we will continue to learn how to keep disappointment at bay and to always keep the expectations optimistic. Thankfully, we have met so many people along our journey with Evey who have shown us how to be as graceful as humanly possible in this adventure which is always unpredictable.”

I completely relate to this statement. I’ve been a caregiver for many years on all sorts of levels and I’m still learning. As caregivers we need to be cheerleaders for our loved ones—but we also need cheerleaders to help us overcome our disappointments and to help us keep our expectations optimistic. I’m grateful for many people whose love, support, and guidance gives me balance and direction. I appreciate their help which raises me up when I get down and their encouragement which keeps me going.  In reality, this journey is impossible to navigate alone.

Thank you Cally, for reminding me that the key to life is balance.

Nate and Cally Johnson were my first guest authors on October 27, 2013.  Over the past nine months, their daughter, Evey, has made some remarkable improvements, along with some setbacks. I invited them to give us an update, which they so graciously accepted. The first two paragraphs are from their first article, Evey’s Story.

On May 31, 2012 our lives dramatically changed for the better. Our daughter Evey, our fourth child, was born that day with an extremely rare genetic disorder called 17q21.31 micro-deletion syndrome. It is also known as Koolen-de Vries Syndrome.

There are only 200 reported cases throughout the world of this syndrome. Essentially, Evey is missing hundreds of genes throughout her 17th chromosome, which, in turn, affects every cell in her body, and how she develops both physically and mentally.

If there’s one lesson I have learned as a caregiver it is to expect the unexpected. There’s a fine line of balancing expectations with optimism and being realistic without being pessimistic. As I watch other caregivers who are further along in their journey, I always admire the grace they exude when navigating their own specific journey.

Evey has had setbacks and major triumphs over these last twelve months. One of Evey’s major challenges is severe scoliosis.  Because of this, she has two titanium rods placed on both sides of her spine. It required extensive surgery to put them in, and she needs them surgically adjusted and expanded every 6 months as she grows until she stops growing at the age of fourteen. At that time they fuse her spine and by then she will have had more than thirty spine surgeries, not including several other surgeries she will need along the way.  Most people see this as such a daunting undertaking for a caregiver, but I’ve learned to appreciate the consistency and schedule. If only all of Evey’s life could be so well scheduled, without unexpected surprises.

Because of Evey’s scoliosis, the doctors and therapists were not sure if she would ever crawl or walk.  They’d never seen such a young patient with her complications walk or eat on their own.  I’m happy to report that over the last 3 months, Evey has learned to eat by mouth, and is no longer dependent on her feeding tube.  A few weeks after learning to eat, Evey started to bear weight and can now get herself into a standing position and she can take steps in her walker.  She has completely shocked her team of doctors and therapists.  She also completely shocked us, her parents, since we just hoped Evey would stay the happy little girl she is regardless of whether she could ever eat or walk on her own.  We were so excited that she had a spurt of development and is turning into quite the independent two-year-old.

Between these new developments, we have also had some surprising setbacks.  We learned she is losing her hearing from some growths in her ears from repeated infections.  Evey had to have ear surgeries in between spine surgeries, but we are no longer surprised by the unexpected and we had so much positive going on, we didn’t really have time to dwell on this new-found, disappointing discovery. Thankfully, with hearing aids, she’ll be able to obtain some hearing and we are now immersing the whole family in Sign Language to help Evey throughout her life.

It has been such a growing period over these last few months adjusting to Evey’s triumphs and challenges.  We are slowly learning, as caregivers, how to manage expectations and how to continue to be Evey’s biggest cheerleaders for her triumphs.  We hope as time goes on we will continue to learn how to keep disappointment at bay and to always keep the expectations optimistic.  Thankfully, we have met so many people along our journey with Evey who have shown us how to be as graceful as humanly possible in this adventure which is always unpredictable.

Thank you, Cally, for sharing your story. You are a wonderful mom and caregiver to a very special daughter! 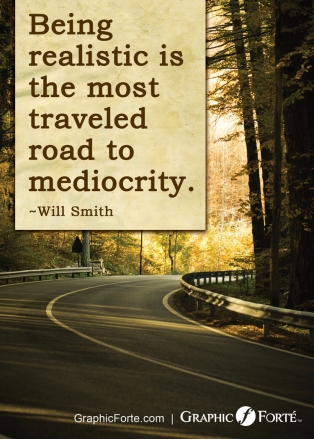